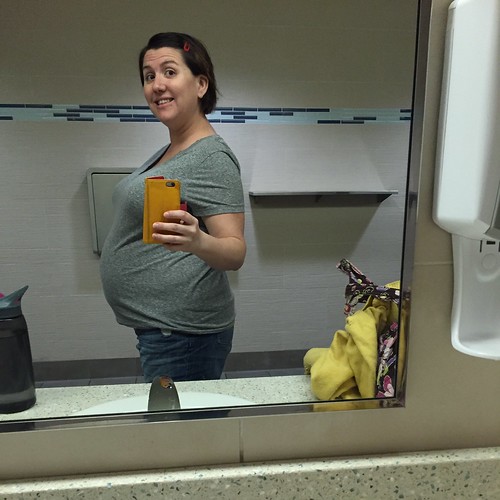 Thankfully this pregnancy has been pretty uneventful. I spend most of my time doing homework and caring for Evey. I’ve been very busy with school, I decided to pick up an extra class this semester to get as far ahead as I could before I take some time off for the new baby.

So lets see. I’ve had a lot of physical pain off and on, some days it’s terrible and I can’t get off the couch, and then there are days that I feel fine. But the headaches I was having a few months ago seem to have subsided, which is super because they were crippling. I’ve had sciatic pain off and on, I remember having it much worse with Evey, there were days I couldn’t walk. But I think because I go to school several days a week, and I have to walk all the way across campus things are less achy. 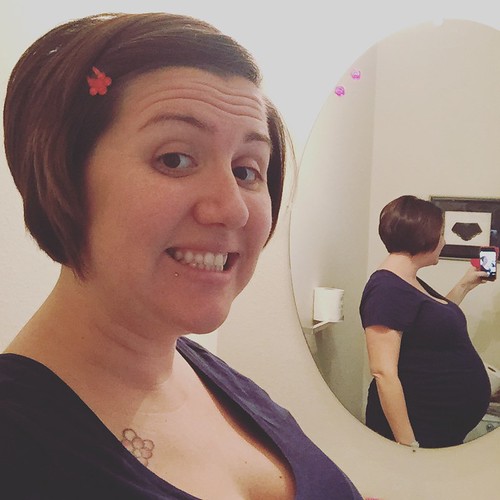 32 weeks and a fresh haircut

I have reached the point that rolling over in bed is a huge task, and usually involves sitting completely upright to shift my weight without throwing my hips out. Oh yeah, loose joints are totally a thing. As is pregnancy carpal tunnel. My hands don’t feel so bad this week, I suppose that’s another symptom that comes and goes, but for the most part my left hand just kills from my finger tips through my wrist. I wear a wrist brace about 80% of the time.

I just started getting stretch marks this week, and they aren’t too bad.. yet. But the baby is SUPER active, I don’t remember if Evey was this active, but he moves so much and so often that if I don’t feel him for a little bit I get worried. I’m not really craving weird things, But I am always hungry and can never figure out what I want. Or I want things that are totally obscure and unavailable to me. Like I keep craving Japanese fried squid. It’s different than fried calamari, it’s way better. I also really want a beer, I miss the cold, crisp taste of beer, I enjoy beer and I miss the flavor. I think to fill that void I have been drinking A LOT of soda. I never (rarely) drank soda before I was pregnant, now I am drinking about 3-4 a week, sometimes more if we eat out a lot. Which we seem to be doing because standing in the kitchen and preparing food is literally the last thing I want to do. So we’ve been eating a lot of shit food. Surprisingly my weight gain is not insane though. I weigh more than I did with Evey, but I started out higher too. 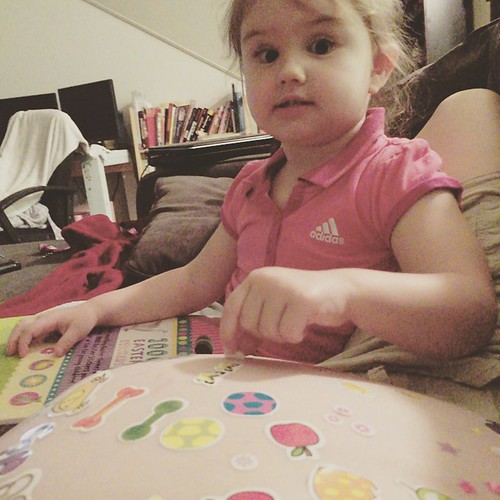 Overall things are good. I am looking forward to these last few weeks, getting through finals and having a baby, We still have lots of getting ready to do. We currently don’t have anywhere set up for him to sleep, and I need to sort though his stuff and put away the clothes that he wont wear right away. I’d also like to get though Evey’s stuff (because I saved everything) so I nee to get rid of most of it, and pull out the unisex stuff. Evey is starting to get excited about the baby, I think she understands, but we’ll know for sure when he gets here. 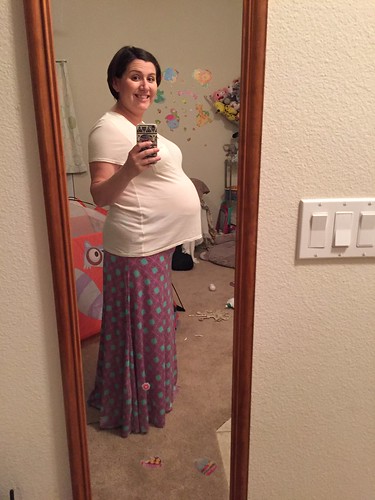 We did have one teeny scare last week. You are often warned about abdominal trauma when you get pregnant, if anything happens to the belly, contact your doctor ASAP. Well last week Evey and I were upstairs and I was laying on the bed, she decided to jump onto me and slide off the bed on my legs. She didn’t jump on my belly but her full weight of her butt landed on my pelvis. The doctor said that counts as abdominal trauma and they wanted me to come in for observation. I didn’t want to, but it’s a good thing I did because about an hour after I got there I started having contractions, and they were getting stronger. After lots of fluids they stopped, but there was about an hour while I was there (of 8 hours total) that I was pretty sure I would be leaving with a baby in my arms. Thankfully they stopped. I got to go home at about 2 am. I’ve been taking it a little easier and working to stay better hydrated. 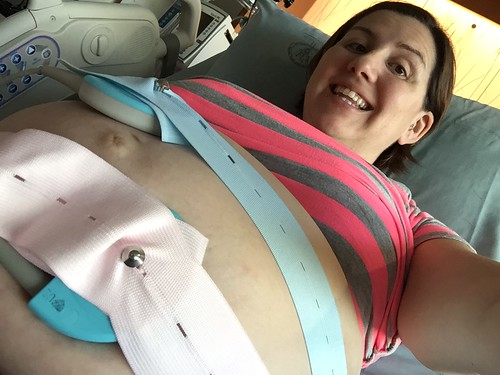 I also have been eating dates every day, because there is a scientific study out there that says it can make things easier when labor happens, and labor is more likely to happen on its own. So yay for dates! (actually I don’t really like them, but women do crazy things to have babies)

I suppose with that I will end this entry. I’ve got lots of Evey pictures on my camera that I need to upload, I’ll try to get to those soon! Thanks for sticking around!